The zetaphoremeter is an instrument used to determine the zeta potential (electric potential at the shear plane of the electrostatic double layer) of particles/droplets dispersed in an aqueous or non-aqueous phase. The instrument operates on the principle of electrophoresis. As an electric field is applied to the suspensions contained in measuring cell, the particles contained in the fluid inside the cell move. Since the net volumetric flow rate inside the closed cell is zero, there exist two stationary layers where the fluid velocity is zero. Particle motion at the stationary layer is captured with a microscope and CCD camera. Image analysis software is used to determine the electrophoretic mobilities of suspended particle population, which is then used to determine the zeta potential distribution. This instrument allows us to determine interactions of dispersed phases, such as solid particles, oil droplets and air bubbles based on zeta potential distribution measurements.

Back to all Lab Equipment 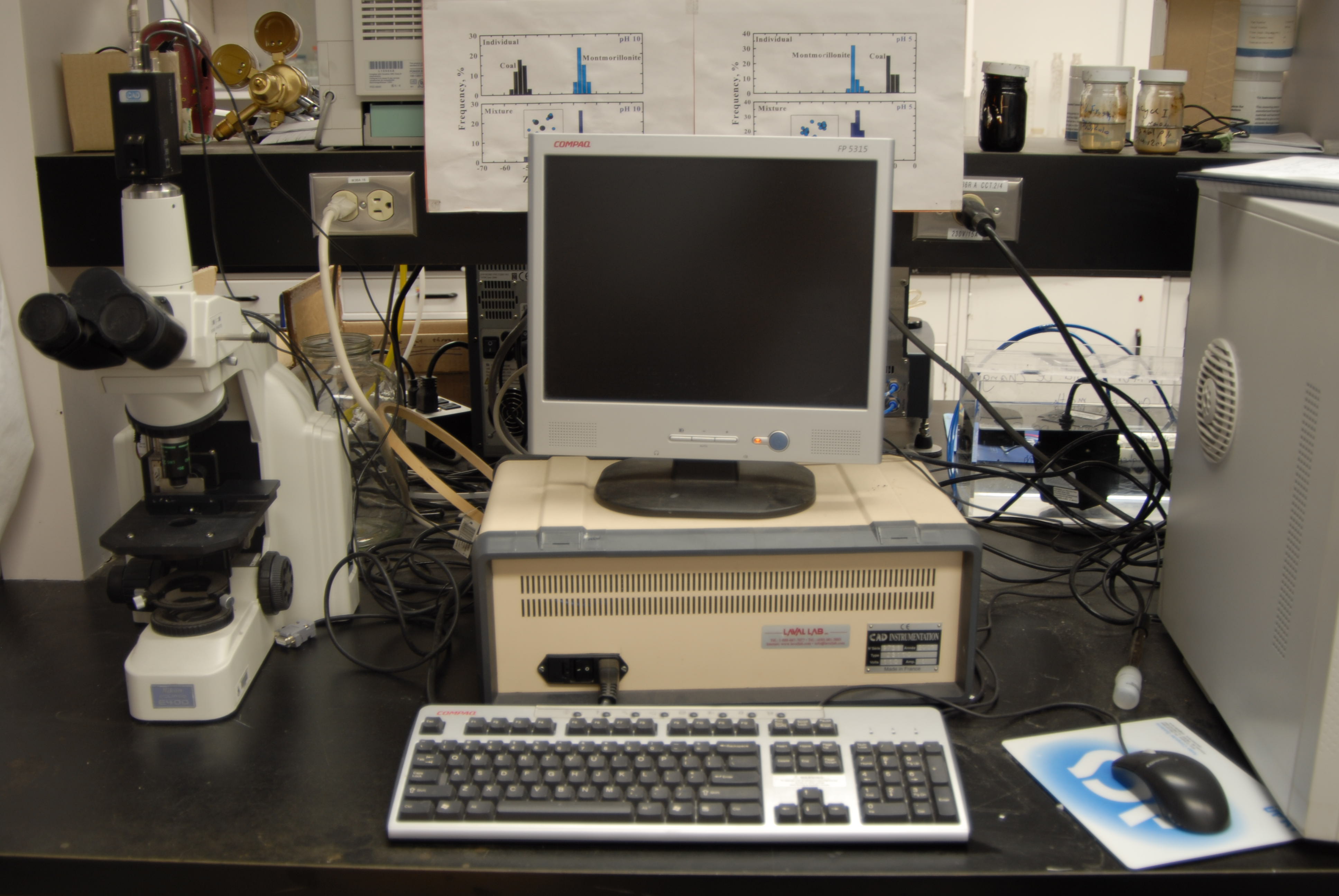